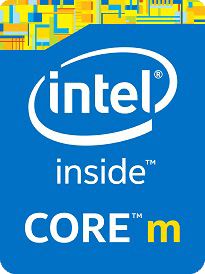 Intel Core m3-6Y30 Testing in 11 Benchmarks. Specifications: The architecture is Skylake-Y , the number of cores is 2, and the number of threads is 2. The base clock speed of Intel Core m3-6Y30 is 0.90 GHz. The model supports motherboards with a socket of BGA 1515. The Supported Memory Type is LPDDR3-1866 (maximum ).  PCIe version is 10.

Intel Core m3-6Y30 technical specifications and performance testing in benchmarks will open you to all the advantages and disadvantages of Intel Core m3-6Y30. Please learn the key figures of the clock speed and L2/L3 cache and make the right decision.

The generation of a Intel Core m3-6Y30 CPU, the segment of usage (computer, server or mobile type), the preceding model of a CPU, and its successor.

Not every CPU is equipped with a built-in graphic core. However, if Intel Core m3-6Y30 has internal graphics, it is another advantage. Please pay attention to the base and turbo clock speed of the graphic core.

Which memory does Intel Core m3-6Y30 support? How many channels are operated and how large the memory capacity can be to build in the motherboard? Here are the general data on the capacity and other technology.

TDP shows which cooling system is necessary for a Intel Core m3-6Y30 CPU. It stands for Thermal Design Power. Here are all the CPU specifications: the maximum temperature, the approximate thermal calculation for power supply and others.

Intel Core m3-6Y30 technical specifications contain the general data on the technological process of chip production (in nanometer), the cache of L2/L3, the architecture of the central core and ISA extension.