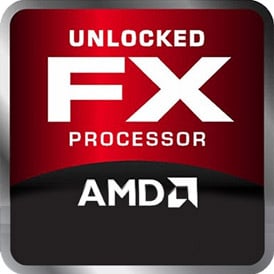 CPU test of AMD FX-9370 in 6 Benchmarks. Specifications: The architecture is Vishera (Piledriver) , the number of cores is 8, and the number of threads is 8. The base clock speed of AMD FX-9370 is 4.40 GHz. The model supports motherboards with a socket of AM3+. The Supported Memory Type is DDR3-1866 (maximum ).  PCIe version is .

Technical specifications of AMD FX-9370 and performance testing in benchmarks will help to understand the pros and cons of AMD FX-9370. Find out all key figures of the clock speed and L2/L3 cache and make the right choice. Find out what important nuances to pay attention to: - What is the best gaming processor; - Which is better AMD or Intel processors; - How to compare CPU performance. Using this tool, you can compare upto 2 CPUs side by side and see how they’re different from each other. Compare your selected CPUs now and find the right one for your PC.

We offer you all the information about the generation of a AMD FX-9370 CPU, the segment of usage (computer, server or mobile type), the preceding model of a CPU, and its successor. Also consider the following:

Each processor name has a brand, brand modifier, generation, SKU, and product line. Once you know what each of those mean, you can identify if you need to buy AMD FX-9370.

What are the best CPUs with integrated graphics (iGPU) like AMD FX-9370? And how do those iGPUs perform compared to discreet Graphics Cards? Let's find out! Pay attention to the following:

When looking at maximum memory speed supported for a specific motherboard or system, one thing that many people forget to take into account is the CPU.  With modern CPUs the memory controller is built directly into the CPU itself, which means different types of CPUs may support different speeds of memory. Most CPUs have quite a lot of memory in the form of cache. It can be many Megabytes, all on-chip. Which memory does AMD FX-9370 support? Our comparison service will help you understand. CPU memory is important so do not forget to check the amount of memory in the processor. Think about the following as well:

You might have seen letters TDP when buying a new CPU AMD FX-9370. The thermal design power (TDP), sometimes called thermal design point, is the maximum amount of heat generated by a computer chip or component (often a CPU). TDP shows which cooling system is necessary for a AMD FX-9370 CPU. Don't overlook the following:

The specifications AMD FX-9370 contain the following information:
- chip manufacturing process data (in nanometers);
- L2/L3 cache information;
- processor core architecture and ISA extension information.
Learn all about the CPU. There are many features and functions of the CPU in your computer, so choose correctly. Be sure to also check the following: